For this activity, we worked in pairs and drew each other’s portrait. Then, we cut the portraits into 6 sections and swapped 3 sections with our partner. Next, we stuck the picture back together with a mixture of both of our faces! They looked so funny, but brilliant!

For the past 2 weeks, we have been working in pairs to create Google Slides presentations about everything we have learnt in our Tremors topic this term. They were fantastic! We included links to videos, great photos and remembered so much about what we have learnt. We spoke confidentally to the class and Miss Firstbrook was really impressed 🙂

We have started learning a new song called “Lean on Me” by Bill Withers. See if you can practise this as much as you can! You can click on the link below to play the song and see the lyrics:

Well done to our fantastic class today at sports day. You were all so well-behaved and tried your very best in all of the races. It was great to see you being competitive but still friendly and supportive to other teams. I loved to see how well you worked in your teams with children from different classes, showing lots of encouragement and support.

An extra well done to everyone in the yellow team who were the WINNERS!!! Your teamwork, sport skills and speed helped you to get an amazing amount of points!

As part of our RE topic about Hinduism, we have been learning about the River Ganges in Varanasi, India. We have learnt about why the river is so important to Hindus and are now going to discuss what it is like for non-Hindus to visit. Have a look at the links below and decide for yourselves – would you like to visit? Why?

Things you can experience when visiting the River Ganges

Rafting on the Ganges

Luxury holidays to the Ganges

Eid Mubarak to everyone in our class that is celebrating Eid-al-Fitr this week. We hope that you have a fantastic time celebrating with your family.

Click on the picture below to see how much you know about Eid-al-Fitr: 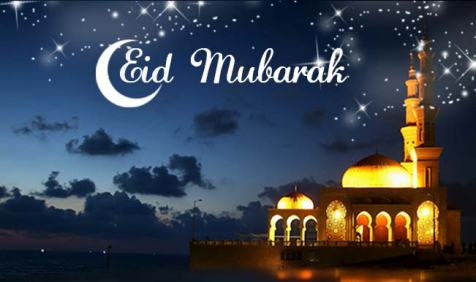 Next week we will be learning how to write Newspaper articles. We will be using this newspaper article and you will need this article to complete your homework. Have a read!

The first warning signs began at 6pm yesterday evening when a tower of black smoke was spotted over the volcano. Soon after, a wave of hot ash, heavy rocks and deadly gasses began to rain down all over Pompeii.

At 8.15pm the volcano struck. Boiling lava , burning rocks came crashing from the sky and began to destroy the houses. As it cooled, a tower of debris and ash filled the sky. People couldn’t breathe. For this reason, people began to suffocate and were killed instantly by the dense ash.

By the time the eruption spluttered to an end early this morning, the whole city of Pompeii was buried under millions of tons of volcanic ash. Many survivors waited until the dust had settled before returning to search for their family and friends, but there was not much to find. They returned to their homes to find it buried. Pompeii  was a ghost town.

Pliny,  who survived the eruption, spoke to The Roman Record: “It was undoubtedly the worst experience I’ve ever had. I believed I was perishing with the world, and the world with me!”

Today, planning has already begun to dig the city from its ruins. Sadly, survivors are not expecting to find anything other than frozen skeletons and household objects. As you can see this was the most tragic day in Pompeii’s history.

We had a fantastic time at the Guru Nanak Gurdwara in Smethwick. This was a great opportunity for us to learn more about Sikhism to help with our RE lessons. First, we took our shoes off together and put them on a shelf to collect later on. Then we were taken upstairs to a huge, beautiful room where we learnt about the Sikh faith and were able to ask our guide some questions. After that, we went into a room where they teach children how to speak Punjabi. In there we watched a video that was filmed in the Gurdwara which told us a lot more very interesting information about the Sikh faith. When that was finished, we were able to go into the prayer hall. Finally, we tried some food! We all sat together on the floor as Sikh’s believe that everyone is equal and we should eat together. We learnt so much on our trip and had a lovely time.

This afternoon we made our own volcanoes using plastic bottles and Play-Doh. Then, Miss Firstbrook made a mixture of washing-up liquid, red food colouring and vinegar and poured it into everyones volcanoes. Next, we added bicarbonate of soda and watched the lava pour out of the craters of the volcanoes! It was a really fun experiment (the classroom stank of vinegar though!!) As a class, we evaluated our designs & discussed how we would improve them next time. 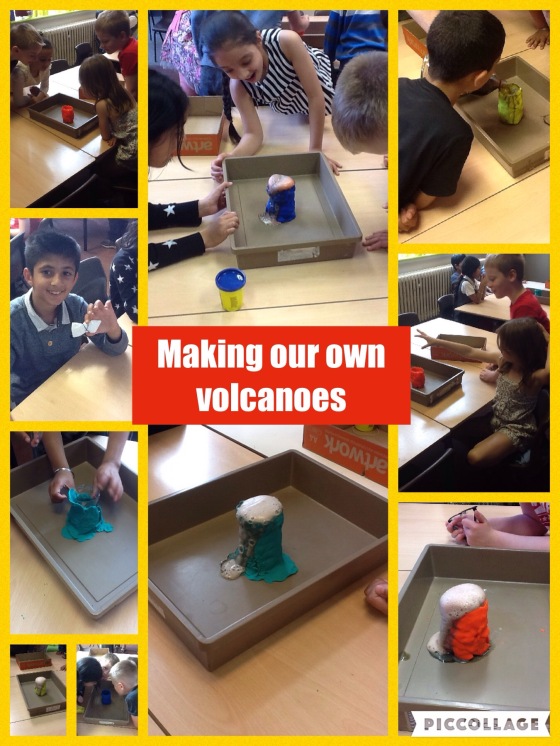 We will be learning about volcanoes this week! In independence time, you will need to find out some interesting information about volcanoes. Follow these links to see what you can find out:

Click on the picture to find out about famous volcanoes around the world: